Nowhere Patrol is a boss rush game with bullet hell and platforming elements. Inspired by classic action arcade games with its steep difficulty curve and non-stop action. The game is a true boss rush. Expect nothing but boss battles, and lots of deaths.

Toward the end of 2017 a few different boss prototypes were made. The idea was basically to figure out more than just a design for the basic game. Fighting bosses back to back was the backbone, but a general pattern for how each boss would behave was nebulous at the time. Observations from other games included styles where bosses had invulnerability periods, their actions were grouped in three, and a couple other things. That's a very retro design that was avoided with Nowhere Patrol.

Some key things were kept in mind while the bosses were designed after that. The first was to not take away the player's ability to hit the boss by making it completely invulnerable at any point. A game forcing the player not to hit something can be frustrating. Skilled players should be able to accelerate fights as they please and shouldn't have the game punish them for that. Instead, they should be rewarded. That was how the game came across bonus fights for bosses. Bosses get extra harder phases if you beat them without getting hit.

Second, the way a boss moves is very important. A boss with very simple attacks can be fun if they move in a unique way, and force the player to respond to them in turn. In fact, the boss should control the pacing of the fight completely. If the player is ever in control it can become boring. This principal is displayed by how the first two fights contrast each other. First the player controls the pacing, and afterwards the tables are turned in an uphill fight until the end.

Eventually, a solid proof of concept was finished at the start of 2018. From then on to October 2018 the game's content, art, and music was developed and finished by SlugSoft's single member, SlugSoft himself. 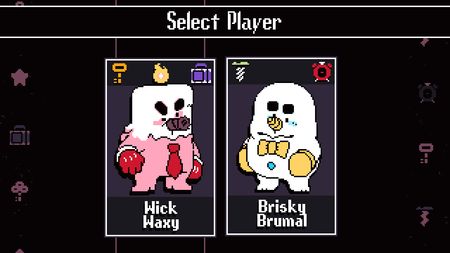 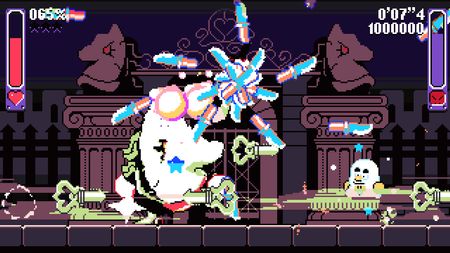 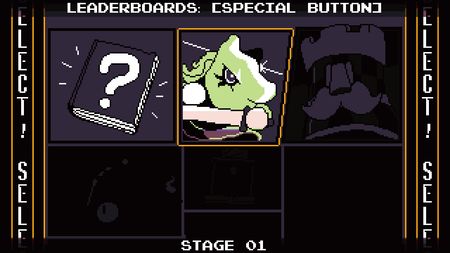 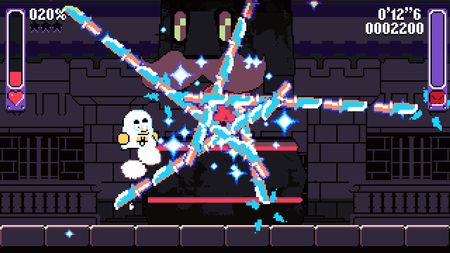 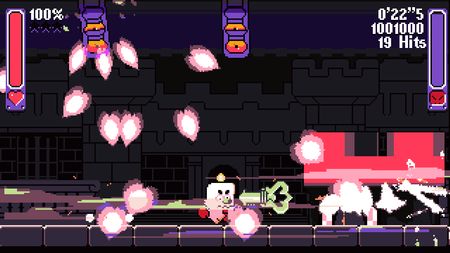 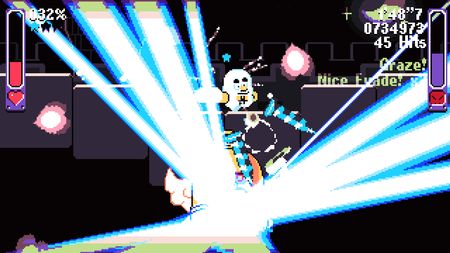 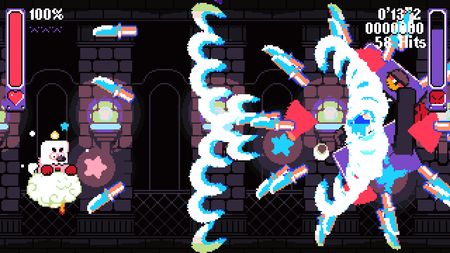 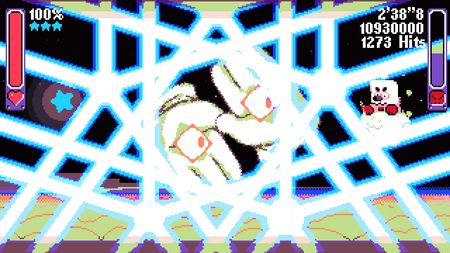 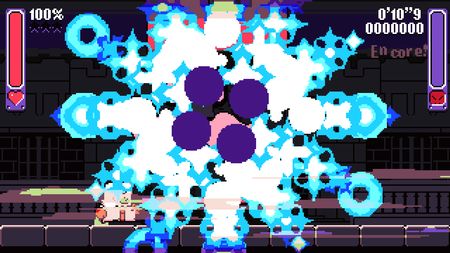 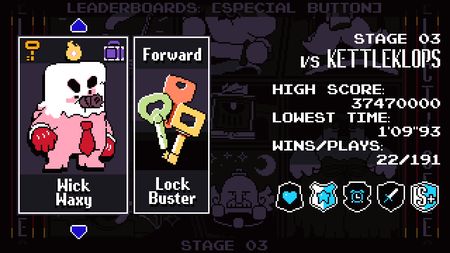 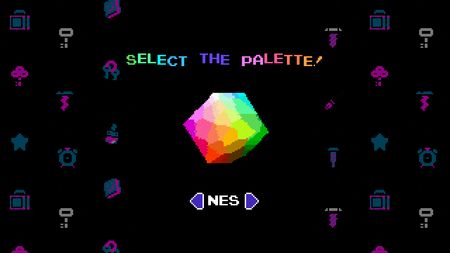 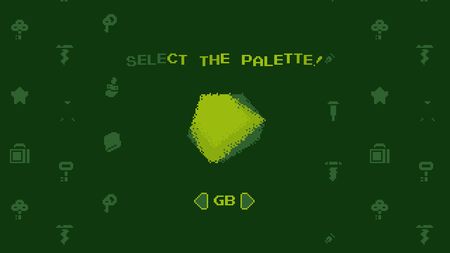 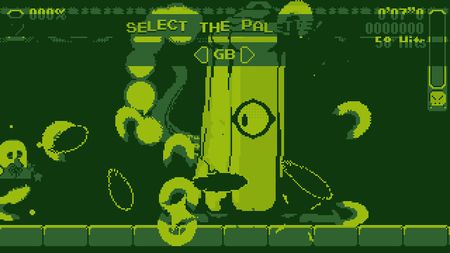 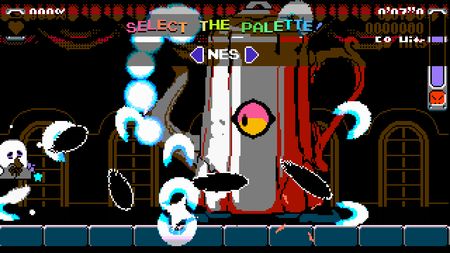 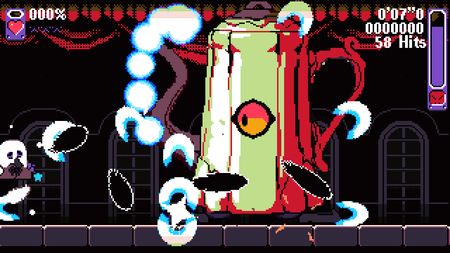 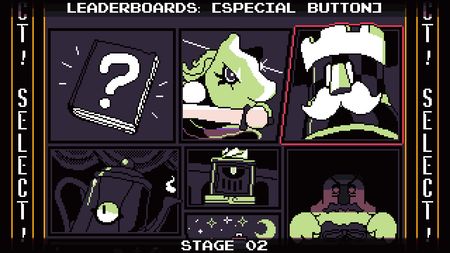 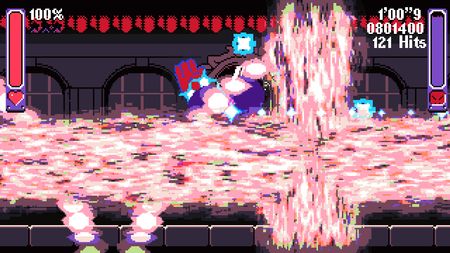 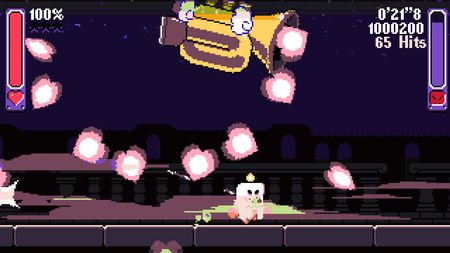 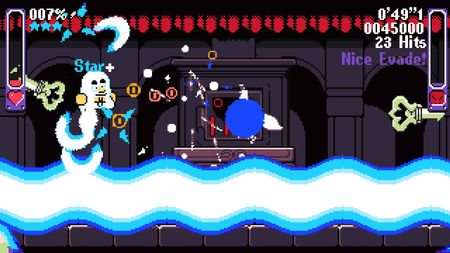 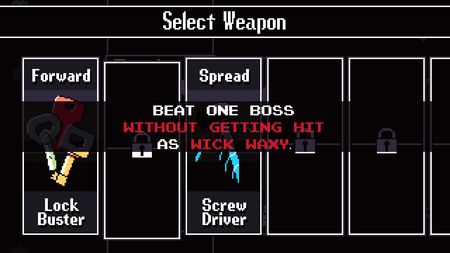 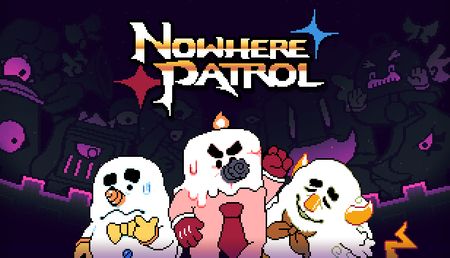